Our wildlife is like no other. With 87% of our mammal species, 93% of our reptiles, 94% of our frogs and 45% of our bird species only found right here in Australia, we're home to more species than any other developed country and are 1 of only 17 mega diverse nations. It’s important that we protect the beautiful and unique animals that inhabit our lands.

In this episode, Adam and crew catch up with some friends from the Galapagos and learn about dating and mating in the wild.

In Dubbo, Adam catches up with some friends from the Galapagos and learns about dating and mating in the wild.

Today, we catch up with some friends from the Galapagos and learn about dating and mating in the wild.

We were a little bit excited about the next stop on the road trip, and I don't know if you can tell. That's because this Aussie gem in Dubbo holds a special place for the Spencers. And we couldn't wait to share it with Leah, Indi and Tai.

Home to, count them, 771 animals from all around the world. Taronga Western Plains Zoo is big. And when I say big, I mean really big! Over 600 football fields big.

We did our own Tour De Zoo and trust us cycling is definitely the way to get around here.

We observed an impressive set of hippo's teeth. The whole gang got in on feeding some hungry rhinos. We cycled to all four corners of the zoo and still it wasn't possible to see it all.

But the highlight of our visit, as is so often the case on a road trip, was to catch up with a couple of old mates. And what makes these old mates a little bit different is the fact that they could live to almost 200 years of age. I'm talking about Pena and Turbo.

My kids and I are still loving the memories of six years ago when we first met these beautiful Galapagos Tortoises.

I was lucky enough to meet these guys just after they were born. We're talking smaller than the palm of the hand. How old are they now?

We don't know yet at age six if they're boys or girls?

No, not quite yet. Too small to tell. And the differences between male and female, visually, haven't come out yet. So usually by the time they're 15-years-old, we'll start to see those differences.

So it's not till they're 15 that you've really worked out if they're boys or girls or where they're at.

I remember that feeling myself.

I do remember after I met the babies a few years ago, we came round to the general exhibition and a couple of Mr and Mrs Galapagos were sort of trying to do their bit for the breeding program. Reasonably noisy beasts when they go at it aren't they?

Very noisy! You definitely know when you turn up what's happening, it's a little awkward to explain sometimes.

My best impersonation would be a sort of... (grunts and noises)

That's sort of it?

And my daughters, who are cringing right now, at the time I remember the younger one looked over and realised what was going on.

And she said, "Dad, that that's so inappropriate what they're doing."

But it's so important, isn't it, that we keep breeding these beautiful animals.

It's very important. They are classified as a vulnerable species, so to be able to contribute to a breeding program in captivity is really important so that we can keep those numbers up.

There seems to be a lot of baby making going on around the zoo at the moment. What are some of the things you have to get just right if two hippos are going to get friendly?

Basically, it's like internet dating. So sometimes a studbook keeper looks after one particular species and then they match their genetics to get the best genetic diversity out of the offspring. So that's all done by a computer and sometimes....

Swipe left, swipe right, that sort of thing? Go out for a couple of coffees, see if there's anything there.

Absolutely. Yeah. So we do have to orchestrate and tweak our introduction plans to make the chemistry right.

We were so happy to show Leah and the kids around a place that is so special to us.

And I love that it's just a short drive away.

[Adam Spencer talking to the tortoises]:

Good to catch up with you guys too! See you again in 100 years.

Next stop, we turn our attention from the road to the skies to meet some true Australian heroes.

I love an Aussie road trip.

If you're loving the Aussie spirit that we've encountered on this road trip, well it doesn't get much better than Australia's best talent uniting for the annual Australia Day Broadcast. Catch it on your ABC, 26 January, 7.30pm AEDT.

An immersive zoo experience in Dubbo

Taronga Western Plains Zoo is an immersive zoo experience. Home to over 350 species of animals from Australia and abroad, you’ll need more than a day to see it all. There’s an extensive conservation program, committed to wildlife science and research, as well as a wildlife hospital dedicated to treating and rehabilitating zoo wildlife, along with animals brought in by the public.

You can also stay overnight in onsite accommodation and take your time exploring on two wheels, with bicycles for hire too.

In the video above, watch Adam and crew cycle to all corners of the zoo.

Animals in the city

Taronga Zoo is one of Sydney's most famous attractions. It’s home to over 4,000 animals, including Australian native wildlife, as well as rare and endangered exotic animals. And best of all, you get to enjoy magnificent views of Sydney Harbour too.

Can’t make it to the zoo? No worries, they have a stack of online and virtual resources you can access.

Want something a little different? Ride a camel in the beautiful NSW outback.

Get into the water at Nelson Bay. Visit the Shark and Ray Rescue Centre.

Enjoy a farm visit on the Central Coast and get your carrots ready to feed the alpacas and horses.

To find things to do in Dubbo, visit the Official NSW Tourism website or the Dubbo Visitor Information Centre.

Safety first before you go

Staying safe is important for any road trip. Check out our top safety tips before you start planning.

Stay COVID Safe on the road

Check nsw.gov.au/covid-19 regularly for what you can and can't do under the rules, health and wellbeing advice, case locations, symptoms and testing clinics. If you feel sick, delay your trip and get a COVID test. 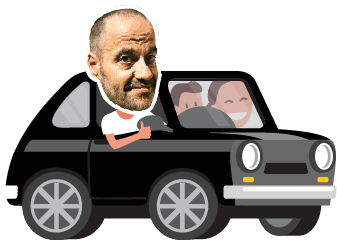